What idiots could have possibly voted for this lady? The same people or at least similar people that voted for Nancy Pelosi and Maxine Waters and a few more. 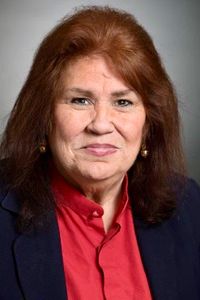 In Texas, State Representative Terry Meza (D-Irving) has introduced HB196. Her bill would repeal the state’s “Castle Doctrine.” This doctrine allows a homeowner to use deadly force against an armed intruder who breaks into his home.

Now listen to what she has to say…

“I’m not saying that stealing is okay,” Meza explained. “All I’m saying is that it doesn’t warrant a death penalty. Thieves only carry weapons for self-protection and to provide the householder an incentive to cooperate. They just want to get their loot and get away. When the resident tries to resist is when people get hurt. If only one side is armed fewer people will be killed.”

Meza was quick to reassure that her bill would not totally prevent homeowners from defending themselves.

Under her new law, “… the homeowner’s obligation is to flee the home at the first sign of intrusion. If fleeing is not possible, he must cooperate with the intruder. But if violence breaks out it is the homeowner’s responsibility to make sure no one gets hurt. The best way to achieve this is to use the minimum non-lethal force possible because intruders will be able to sue for any injuries they receive at the hands of the homeowner.”

“In most instances the thief needs the money more than the homeowner does,” Meza reasoned. “The homeowner’s insurance reimburse his losses. On balance, the transfer of property is likely to lead to a more equitable distribution of wealth. If my bill can help make this transfer a peaceful one so much the better.”